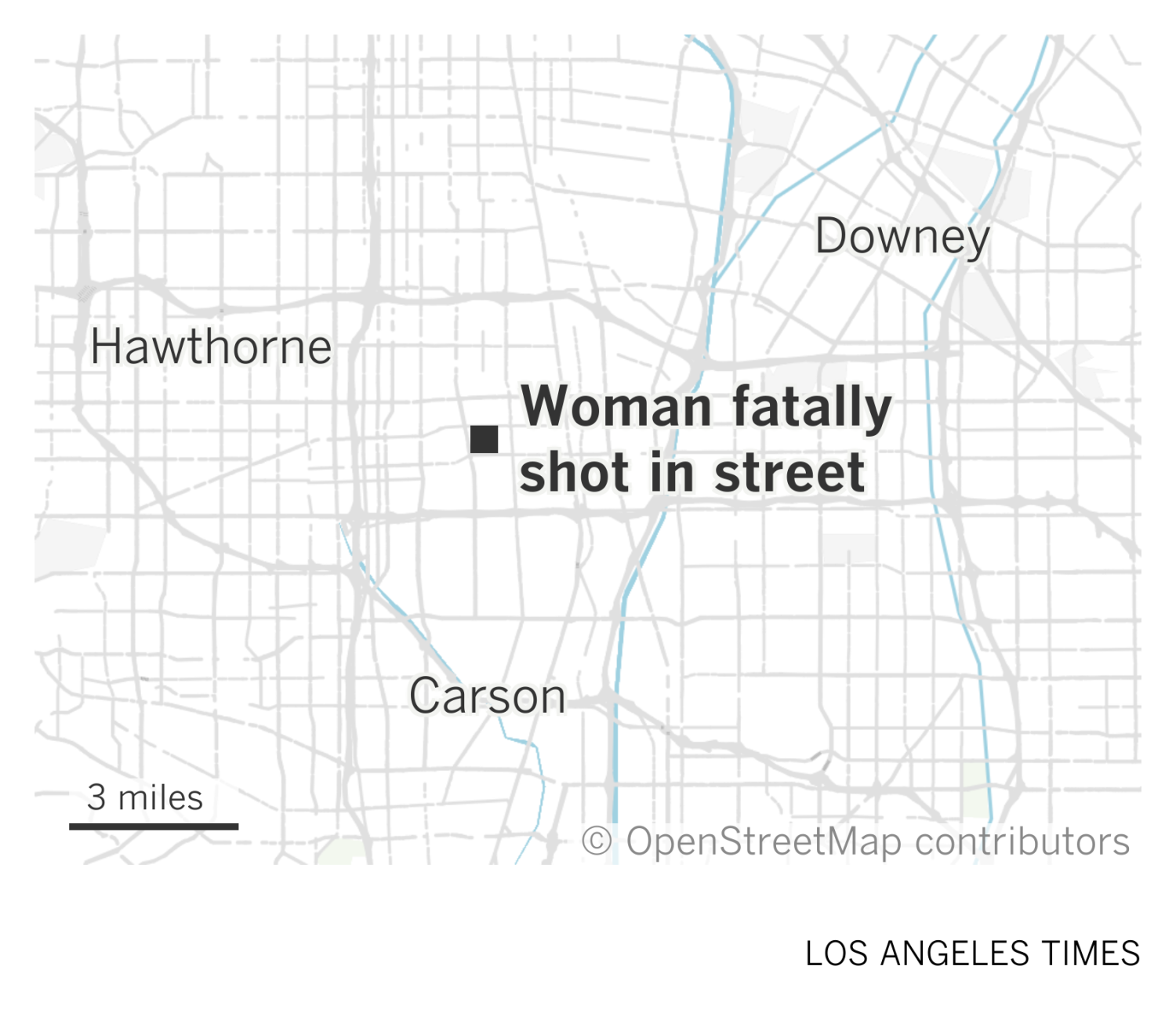 Homicide detectives are investigating the shooting of a woman who was found dead in a street in Compton on Friday afternoon.

Just before At 2 p.m., lawmakers from the Los Angeles County Sheriff’s Department were called to a report of a person down in block 1400 on West 155th Street, said Lieutenant Charles Calderaro.

Deputies found a 34-year-old Latino woman lying on the street, shot once in the upper body. Ambulance personnel declared her dead on the spot.

Detectives believe the woman was riding a motorcycle when she was shot near the corner of 154th Street and Nestor Avenue, Calderaro said. She continued forward on the dirt bike after being shot, and then collapsed in the area where deputies found her.

Calderaro said the woman, who was not identified, did not live in the neighborhood, part of Compton near Laurel Street Elementary School and Compton / Woodley Airport.

“We do not know if she was hit or if she was caught in the middle of something,” the lieutenant said.